Printed circuit board is a bare board that does not contain electronic components, while an assembled PCB is the finished product with all the components mounted on the board. PCB assembly is the final product that can be used in the project without any need for other manufacturing processes or amendments. First, a bare PCB board is fabricated according to the requirements of the buyer. After that, electronics components are bought and soldered on the board. The whole process of making an assembled PCB is known as electronic PCB Assembly or PCBA.

Custom PCB Assembly Service includes all processes from the fabrication of the PCB to the soldering of components. Everything is the responsibility of the contract manufacturer. The PCB is fabricated, components are procured, components are assembled, and the final assembly is tested. All processes are included in the PCB Assembly. Moreover, Design for Manufacturability (DFM) and Design for Testing (DFT) are also offered to prevent errors and problems that cause a delay in the delivery.

Low volume or prototype PCB assembly is usually used in the testing phase of new projects.

What are the types of PCB assembly? We are equipped with advanced automated BGA placement equipment, and a perfect quality control system to ensure the quality of BGA assembly.

Through-Hole Technology (THT) is the same as Surface Mount Technology (SMT), is a popular assembly method in current electronic assembly. Both SMT and THT components will be placed on the PCBs. SMT on one side, THT assembly on the other side, Single or double-sided mixed assembly is available.

How to Order Electronic PCB Assembly Services in PCBELEC.COM?

Why Choose US for PCB Prototype Assembly Services?

Up to now, we have provided fast and low-cost small and medium-Volume PCB Prototype Fabrication and assembly services for customers in Taiwan China, Australia, the United States, the United Kingdom, Belgium, France, Germany, and other parts of the world.

PCB assembly cost Calculator has its standard calculation method, which includes loss of PCB manufacturing, component, SMT/DIP assembly, test, and logistics. In terms of small prototype order, engineering costs will be charged. The flying probe test or frame test for PCB manufacturing, stencil, and regular 5% loss of components during the PCB board assembly process should also be concerned. For the PCB board assembly test, it depends on the test plan and duration of completing one board.

JHYPCB will stand at the customer’s point of view and save the cost of PCB manufacturing and component procurement for customers from all aspects.

We can provide full turnkey PCB Assembly services. Everything is our responsibility. We will take care of the component procurement, PCB fabrication, installation of components, inspection, and final testing. We can handle every step of the PCBA, and you will get the final product without any hassle.

We aim to provide the best quality at an affordable price. We can even provide you low volume PCBA services at a reasonable price. No matter how many PCBs or PCBA you need, we provide an affordable option.

We stand behind our products. The quality of our PCBs and PCBA is guaranteed. We get high-quality components and materials. We have ISO 9001:2008 quality management system. The PCBA goes through advanced inspection and testing before delivery.

We provide quick prototype service. You can order a prototype and get it delivered within a day or few days. You can save your time during the prototype testing process and re-order another with amendments. Moreover, we can handle low-large volume orders up to 10,000 pieces. There is no minimum order limit; you can even order one piece.

We are capable of dealing with SMT assembly, BGA assembly, Through-hole PCB assembly, and Mixed assembly. Our assembly lines are compliant with IPC-A-610F. We can manufacture different types of PCBs, including rigid PCB, flexible PCB, rigid-flex PCB, heavy copper PCB, high Tg PCB, impedance control PCB, aluminum PCB, and everything according to the needs of the customer.

We can source components from reputable distributors, or you can choose from us. These parts are cheaper and can reduce the entire PCBA production time to 7 working days.

We strive to provide the best quality to our customers. We are always ready to make your PCB and PCBA process easy. Our experts will guide you and go through your documents. They will also indicate the problems if any. We try to make the whole process smooth and quick. For any queries, you can contact us; our experts will guide you in the best possible way. We also take feedback from our customers. We are ready to re-work on the PCBA if required. Thus, 100% customer satisfaction is guaranteed.

SMT PCB assembly processing price
The SMT processing price is calculated according to the number of solder joints. At present, the unit price of solder joints varies in the market, ranging from 0.008 to 0.03 yuan/solder joint. The welding price depends on the process difficulty of SMT processing and the SMT manufacturer’s requirements and quality control. The low price may mean no testing and no material inspection; This also means that the quality of SMT is challenging to be guaranteed, and there will be great hidden dangers in the consistency and reliability of products. Manufacturers with a slightly higher price of SMT PCB assembly will have a quality control process and can also provide a better delivery cycle and service. It would be best if you chose the appropriate SMT manufacturer according to the actual situation.

For prototype PCB DIP assembly, usually takes only three days. Rapid prototype assembly service can shorten the time from product design to production. Under the standard PCB production conditions, the production cycle is determined by the quantity.

DIP assembly Service price
The price of DIP assembly is calculated according to the solder joint. A solder joint is 0.03 yuan, and manual welding is 0.05 yuan. One capacitor counts as two points, and IC is also one pin counts as one solder joint. The actual price depends on the complicated process and fluctuates slightly on this price standard. 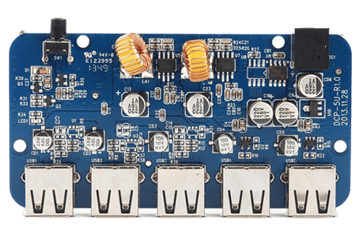 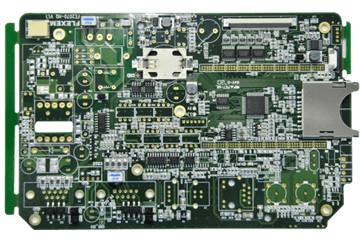 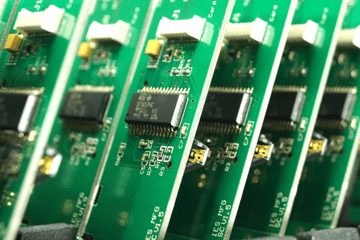 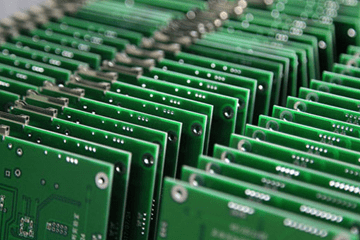 First, the components and materials are procured according to the requirement of the PCB and the Bill of Materials (BOM) provided by the buyer. The components are bought, and if anything is not available, it’s replaced by a similar component after the permission granted by the buyer.

Moreover, Design for Manufacturability (DFT) is important. The experts check every document to ensure the smooth assembling of the PCB without any delays. It’s better to find the problems initially because it detects the errors and problems in the first step. It’s a good engineering practice, which is offered at JHYPCB.

The next step is the fabrication of the PCB. PCB is fabricated according to the requirements of the buyer. After this step, there is a bare board without any components.

The PCB is placed inside the machine, and the paste is applied over it. It’s similar to a t-shirt printing machine that prints using a stencil. The same is the case in the PCB assembly; the only difference is the solder paste instead of paint.

The stencil is placed over the PCB, and a roller is moved over it, which applies the solder paste on the PCB. The paste gets into the pads and holes of the board. The stencil is important to use; it’s a metallic stencil, which helps in applying the solder to the required areas only.

After the application of solder paste, it’s time to place the components on the board. It can be done manually, but for speed and achieving more accuracy, machines are used. The machine is fed with the reels of components. Different reels are placed according to the requirement. The machine picks the components and places them at the correct places. Therefore, this process is commonly known as Pick and Place. It’s an automated process in which the information is transferred to the machine from the files, and the machine does the work accordingly.

The board in the oven is very hot; therefore, it’s cooled before it comes out of it. After reflow soldering, the components are in their original places. The board is almost ready to use, but it needs to go through testing to ensure quality.

What is the difference between wave soldering and reflow soldering?

Inspection is an important step that can pick the errors and flaws. Every PCB needs to go through this process to make sure it’s up to the mark. There can be a short circuit, wrong placement of components, or any other problem with the assembled PCB. Therefore, inspection is a critical step.

Inspection can be done manually and with the help of machines. Usually, the manufacturers manually check the assembled PCB to detect any visible fault, and then they go for other techniques that include X-ray and AOI. Manual checks are not reliable but still used to detect faults in the PCB.

X-ray inspection is a powerful method that can detect faults in multilayer PCBs. The rays are passed through the layers and make everything visible. It’s an advanced method that is preferred for complicated PCB designs. But it can identify the problems with the PCB without any hassle. After an X-ray inspection, it’s easy to detect the fault and its root cause. Often the connections are under the components, and they are not visible to the naked eye and during AOI testing. Therefore, X-ray testing is used in such cases. It’s more reliable in assuring the quality of the PCB.

In this method, the rays are passed from the PCB, and they can even pass from the components. They can reveal the joints and electrical connections under the component. The rays are reflected and create an image, which can be analyzed using image processing. The image indicates the soldering joints and even their densities.

AOI stands for Automatic Optical Inspection. This method is quicker and simpler than X-ray inspection, but it has limited use because it cannot see the connections under the components. It uses cameras to analyze the PCBA from different angles. It is fast, so it can be used to inspect a large batch of PCBs in less time.

This is the last step of the PCB Assembly.

TO satisfy our customers, we focus on producing PCB circuit board and PCB assembly with top quality. we have implemented the ISO9001 quality management system, TS16949 quality system. The perfect quality assurance system and various advanced inspection equipment help us to monitor the whole production process to assure the stability of this process and high quality of the products. Meanwhile, advanced instruments and technology methods have been introduced to attain sustained improvement.

Providing customers with high-quality products and services has always been our goal. To ensure that the products we supply can meet China, European and American standards, we always follow the IPC standards. For more information about the list of IPC standards for Electronics PCB assembly(Chinese and English version, PDF Format), please click here to download.

Get Your PCB Assembly Quote Now

JHYPCB is a one-stop solution for all your PCB needs. Our manufacturing facility is based in Shenzhen, China. We can work on low-medium volume PCB and PCBA services at a very reasonable cost. Our company is approved by ISO9001, RoHS, and UL. Our quality management system is according to international standards. We have advanced PCB fabrication and PCB assembly equipment to offer the best quality to our customers. We also provide the pre-sale and after-sale services to deal with any problem or error. Our mass production facility works 24/7 to provide the quick-turn and fast response to our customers. For more information, you can contact us anytime.